Holiday breaks can be a time of uncertainty for podcasters. As the holiday season approaches, numerous are seemingly left unanswered. How do you decide whether or not to publish over a break? If you do publish, what do you publish? How do you announce a break? And how do you navigate returning to content production after the holidays?

To learn more about navigating the holiday season as a podcaster, we spoke to Lauren Passell, founder of Tink Media, Dustin Ramsdell, creator and host of The Higher Ed Geek Podcast and Andy Luttrell, host of the podcast Opinion Science.

Luttrell says that how you approach the decision of whether or not to publish over a break depends on your goal.

“If your goal is just to have some fun behind a mic and share something with people, the question of when or whether to take a break is not worth stressing about,” he says. “”If your goal is big growth and podcast domination, then you’ll probably want to stick to a weekly release schedule and never deviate.”

Passell says that podcasters can take advantage of the holiday season by breaking their traditional episode formats. If you do decide to publish over the break, you can consider sharing content from another podcast. “It’s like the perfect time to do a feed swap,” Passell says. “Because you get to take a week off and you get to introduce your audience to a new show.”

Passell says that the podcast that you decide to do a feed swap with should be similar content-wise. This will ensure that your audiences are also similar.

In addition to feed swapping, rebroadcasting is another great way to break traditional format and keep your workload to a minimum over the holidays. To rebroadcast, simply re-upload and publish an older episode that you felt was of higher quality or that people maybe missed the first time around. “That keeps the feed active and my content in front of people. But there’s not the pressure to constantly be recording new episodes all the time,” Ramsdell says.

Similarly, Luttrell says that he has re-aired a holiday episode before. “In the first year of the show, I planned a special episode for the holiday break,” he says. “So it was fun and festive. Granted, the following year I did re-air that gift-giving episode and gave myself the week off. But this year I’ll release new episodes through the break.”

Luttrell adds that he tries to plan more unique episodes for winter holidays, since people might not be in the mood for more regular episodes about behavioral science.

Another option for holiday content is to do an episode where you reflect on the past year. “Maybe you just have a thoughtful episode where you share your thoughts on the year and reflect, and share something you’re thinking about for the next year,” Passell says.

While there are various options for publishing over the holidays, it’s important to prioritize breaks. “When I first started, I felt that pressure to post every single week throughout pretty much the entire calendar year,” Ramsdell says. “In recent years I’ve aimed to keep my energy levels maintained. I tend to take a summer break and a winter break each year.”

If you’ve chosen to take a break, you might consider announcing it to your audience. Passell says that this announcement could be at the end of the last episode before the break, or you can share it on social media. However, she notes that it’s not mandatory. “I kind of feel like everyone understands,” Passell says. “People are probably busy anyway, and they understand that people are taking time off.”

“In the description, for example, you can remind them that the episode they’re seeing is a rebroadcast, and ask them to stay tuned for new episodes coming back in January,” he says.

Getting back into the swing of content production after the holidays poses other challenges for podcasters. Luttrell says that one of his biggest worries about taking a break is that he won’t come back. The responsibility of producing a biweekly podcast while also juggling his full teaching schedule, research lab and family is a lot.

“What keeps me going is knowing that I’ve made an implicit promise that there will be a new episode every other week,” he says.

Ramsdell says that after the holidays, he typically waits about a week to begin releasing content again. This gives not only listeners, but also podcasters themselves a chance to wrap up their vacations and return to the office. Once they’ve settled in, regular podcast listening habits are more likely to resume.

Hi! We’re always looking for opportunities to chat with podcasters and people in the higher education space. If you’d like to be featured, please reach out to us here. Hope to hear from you soon!

What Are Podcast Superfans?

Lots of podcasts have fans—listeners who admire and show continuous interest in the content shared. But how many podcasts have superfans? You know, the people

A Marathon, Not a Sprint: Podcasters on Podcast Consistency

Successful podcasts all have one thing in common: consistency. From steadiness with podcast content to establishing a regular content release schedule and developing frequent marketing

Podcast consistency isn’t just about sticking to a schedule. It’s also about creating a cohesive brand narrative over the long run. In a world with

How to Stay Consistent with Podcasting

Lots of creators start podcasts, but how many stay consistent? It can be tempting to give up podcasting after a couple of months of low-performing 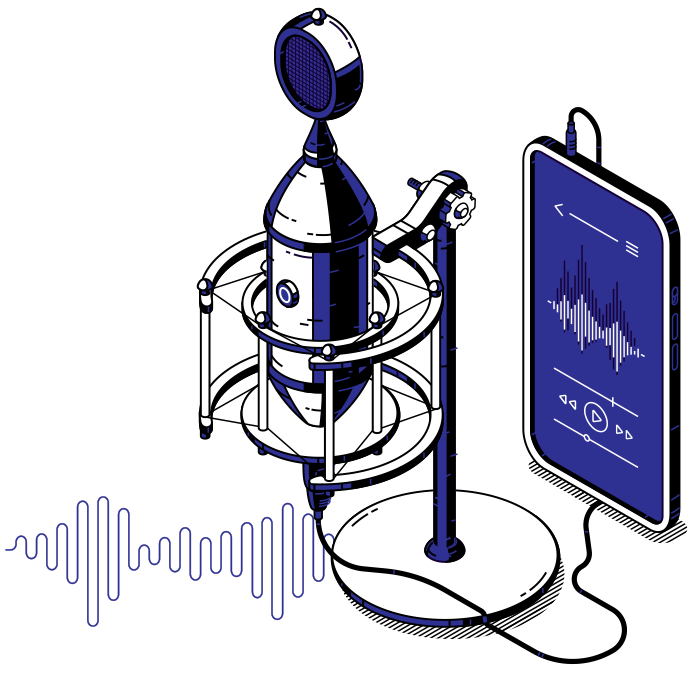 Unsure of where to start?

Check out our blog and downloadable guides. Discover practical ways to improve your podcast.

Subscribe to our newsletter for practical podcast tips and advice